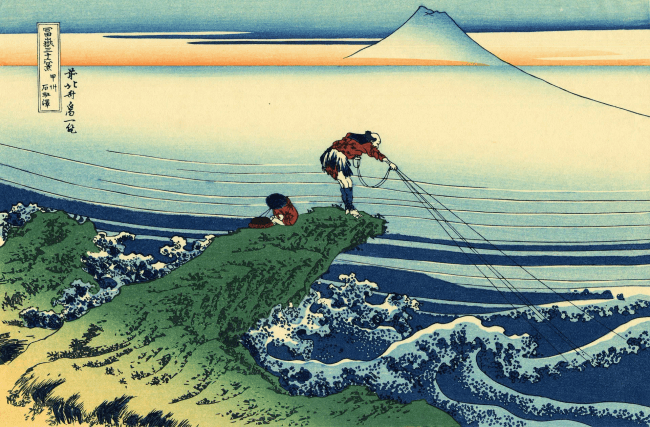 Discovering Asia at the Guimet Museum

The summer, with the return of the good weather, is the ideal time to discover and enjoy cultural outings. Despite the health crisis and the measures taken to welcome visitors, museums and cultural institutions continue to present enriching and diverse content to the general public. The Guimet National Museum of Asian Arts is offering a full programme of exhibitions and workshops for young and old alike this summer. This article lists some of the exhibitions you should not miss!

The wonder of Asian art at the Musée Guimet

It was after Egypt that Emile Guimet (1836-1918) began his discovery of Asia. This Lyon native, attracted by the arts since his youth, decided to visit the Egyptian temples and the Boulaq Museum in the north of the country in 1865, after having managed the family business. He then went on to travel to America, Japan, India, China, Sri Lanka and Indochina. From these destinations, he brought back a multitude of objects that would soon be displayed in a first museum in Lyon in 1879. Due to lack of success, the museum opened in Paris in 1888. Since its opening, the museum has welcomed numerous works, donated by collectors, explorers, and passionate patrons... In keeping with the wishes of its founder, the Guimet Museum attaches importance to the study and understanding of the civilizations that surround each work.

From October 21, 2020 until September 20, 2021, the museum will be showcasing contemporary Japanese and Indian art.

The Musée Guimet has partnered with the Mingei Bamboo Gallery to present Japanese artists practicing the art of bamboo weaving. Little known to the French public, this technique was demonstrated in a traditional way through several works. This event also contributed to the establishment of the Mingei Bamboo Prize awarded by a jury, as well as a special public prize.

On the Indian side, two women presented their work, which was inspired by heritage, feminism and societal issues.

Remen Chopra (1980-) uses sculpture, photography, textiles and soundto create a world filled with her memories and experience. She also reinterprets forms, characters, and abstract elements that link the past, the present and the future.

Reena Saini Kallat (1973-) addresses issues that encompass a broader aspect of our society with countries and nations at the heart of her art. She questions the links and connections between each country. She also studies the founding texts of these countries, which govern the rules of a society and usually guarantee rights and notions such as freedom and equality.

Created by the famous photographer Marc Riboud (1923-2016), they are part of a set of striking photographs that this artist has captured since his youth.

Born in Lyon, Marc Riboud acquired his first camera from his father at the age of fourteen. During the Second World War, he went underground for a while before continuing his studies and photography. In 1953, he joined the famous Magnum Photos agency, founded by photographers like Robert Capa and Henri Cartier-Bresson. Throughout his career, Marc Riboud captured the key events of his time, in the four corners of the globe: Vietnam, India, Algeria, Ghana, Kenya... The Musée Guimet is hosting the exhibition "Marc Riboud. Histoires possibles" until 6 September 2021, every day from 10am to 6pm except Tuesdays. The exhibition looks back at the life of the photographer through his works which have always placed the human being and the sense of detail at the centre. Strong testimonies of the past, the photographs also rub shoulders with the personal objects of Marc Riboud.

Afghanistan has been marked by conflicts on its territory since 1978-1979. Internal conflicts broke out, and the Taliban, an Afghan terrorist movement, succeeded in taking power. In March 2001, the Taliban destroyed two huge Buddha statues in the valley of Bamiyan, which were built between approximately 300 and 700. Bamiyan is a city located about 200 km from Kabul, the capital.

These Buddhas, carved directly on a sandstone cliff, were 53 metres high for the first and 38 metres for the second. The Bamiyan site has been listed as a UNESCO World Heritage Site since 2003.

In order not to forget this rich cultural place and the numerous archaeological remains, the Guimet Museum looks back at the entire history of the site, right up to its degradation. Among the works and documents presented are paintings, photographs, excavation objects, etc.

Also on display are the archives of the Hackins, a couple of French archaeologists and resistance fighters who actively participated in Afghan excavations and in the development of Afghan cultural heritage.

The exhibition "Des images et des hommes, Bamiyan 20 ans après" (Images and Men, Bamiyan 20 years later), is not to be missed until 18 October 2021!

Asia is full of natural landscapes that are as breathtaking as they are stunning.

On a smaller scale, nature is harnessed by man to create something perfect and sensational. For royal families, for places of worship or even for artists, the garden is declined in several ways and uses with the Japanese, the Chinese, the Mongolians, the Pakistanis...

The composition, the sense of detail, the choice of vegetation, the techniques used, are all criteria resulting from the aspiration to satisfy the art of the garden, over time.

Until 20 September 2021, the exhibition "Gardens of Asia" illustrates the representation of these gardens that have populated the places of life, thanks to a wide selection of works.